A downloadable game for Windows

This game is "Run Away, Robot!". You're a defective robot trying to escape from a factory plant without getting caught by the other robots.

The controls are WASD to move (a joystick will work as well, but is not guaranteed, as most of testing took place with the keyboard). Moving decreases energy, the yellow bar on the left. When your energy is depleted, you become paralyzed and must wait for it to refill.

In addition, your internal components are malfunctioning, causing a bright light to emit from your body, which will attract attention. You can dim the light by moving, but whenever you are standing still, the light will grow...

You aren't completely defenseless, however - you can harness your malfunctioning components to generate a ball of electricity that you shoot in front of you. Charge the ball by moving, and when you see the blue sparks, stop moving to release it.

It's best to stay in the darkness, but the robots you defeat sometimes drop scrap parts you can use to stay alive. Too many hits and you'll break down, but to regain your life you must fight...

How my submission matches the theme of dual-purpose design:

I built this game on the idea of the counterplay between moving and not moving. Typically in games you are fairly unrestricted in you movements, with sprinting, jumping, crawling, flying, and other movements being available. I decided that with this game I would tie all your actions into the four directions you can move in.

The arrow keys are for moving, of course, but when you move you lose energy from the bar on the left (you ARE a defective robot, after all!). In order to regain energy, you have to stay still. But staying still causes the light you generate to expand outwards, notifying enemies of your presence. The only way to dim the light is to move, but of course, dimming the light also restricts your vision. You can attack, but there's no key bounded for it - instead, you have to move to charge up your attack and then stop moving to blast it in the direction you are facing. Although it's a long range attack, you have to be moving towards the opponent in order to actually direct it at them, causing you to close in. At the same time, though, enemies can drop valuable health upgrades, so you end up in a Doom-like situation where, in order to gain health, you perform risky attacks, usually at close-range.

Hello everyone! This is my first submission to a competitive game jam! I've participated in one before, but it wasn't judged. I've been programming for about 7 years now, and I love creating games but I just never have the time to do so; and lo, the GMTK Game Jam came from the heavens and offered me this great opportunity to create. :)

Please leave any comments, critiques, or bug fixes - I'll be polishing this game later! Thank you!

Unzip the archive to a place you can get to. Inside, you'll find the ReadMe.txt with instructions on how to play, a folder with links to all licensed materials, and the game executable. 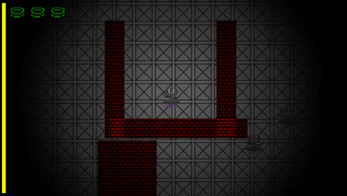 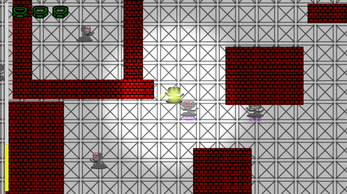 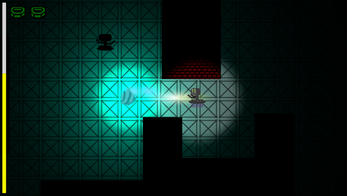